Initially focused in the Doha Metro Network, the QIRP will comprise of 30 stations in Phase 1, which are unified under what UNStudio terms “scales of identity”. With a view to creating varying scales for the user – “network identity, line identity and station identity” – Phase 1 is due for completion in 2016. Phase 2 will add a further 60 stations spread across the Greater Doha rail network by 2020.

The Inhabit Dubai office is working as the contracted façade engineer, advising on the design and practicalities of the interconnected triangular base forms which are used throughout the 30 station network.

Enquiries in relation to the QIRP project can be directed to Robert Stephens in the Inhabit Dubai Office: robert.stephens@inhabitgroup.com. 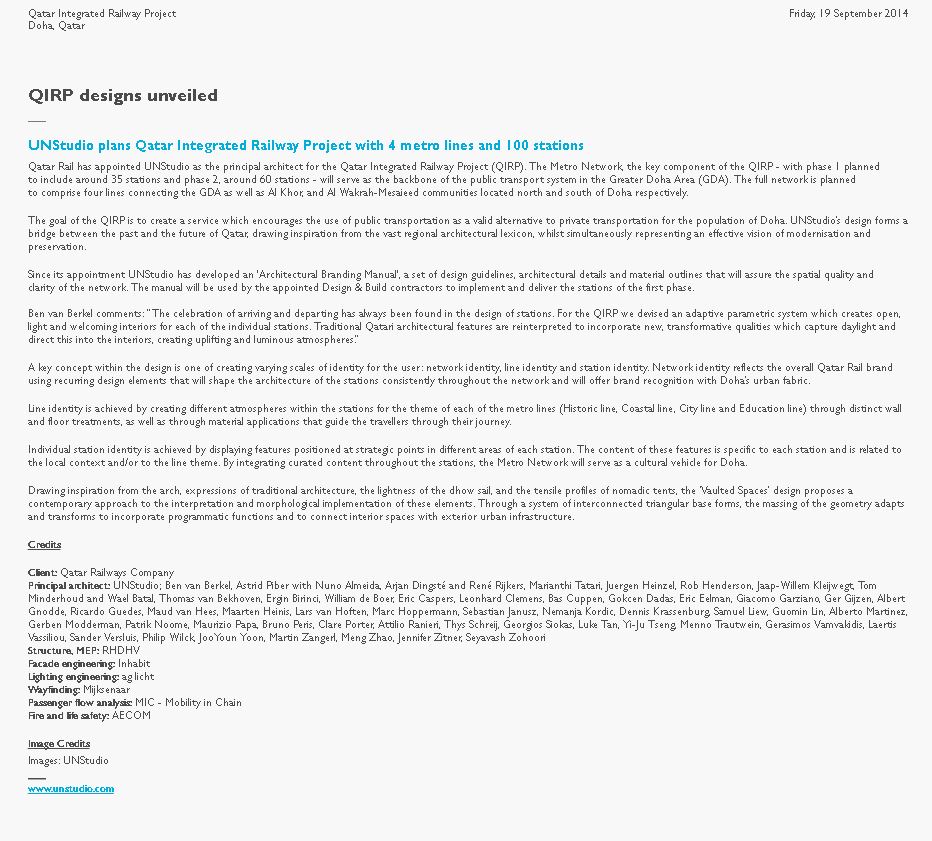