The UAE Pavilion at the Dubai World Expo 2020 sits at the heart of the nearly 202 ha exhibition area which opened to the public on 1st October 2021. The 15,000msq pavilion was designed by Spanish architect and engineer Santiago Calatrava, and is inspired by a falcon in flight. The design concept speaks to the nation’s history – the Emirati founding father, His Highness Sheikh Zayed bin Sultan Al Nahyan, used falconry to forge connections between tribes to create a distinct national identity and the falcon is the UAE’s national bird.

Inhabit provided façade and building maintenance consulting to engineering services consultancy WME for the project. The pavilion’s moveable roof structure consists of a hybrid system between a shell and a portal frame, composed of 28 wings. The mega FRP and CFRP constructed wings, are categorized into 3 families. The use of Carbon in the FRP matrix is used at actuator box and certain rotating hinge connections points and is due to the increased stiffness required at these structural connection points.

The wings can be opened within 3 minutes, covering a range of 110 and 125 degree. In the closed positions, the wing sits on a combination of latch pads, bearing pads and shock absorber. When closed the wings shelter the roof solar panels. 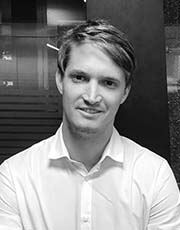 An Oculus skylight, with a hanging ceiling feature below that mirrors the Expo 2020 Dubai logo, is integrated within the roof of the building to provide natural daylight into the space. It is also surrounded with grilles that open in case of accidental fires.

The architects have incorporated sustainability into the design resulting in the UAE pavilion being certified LEED Platinum and compliant with the Dubai Green Building regulations and specifications (DGBR).

Inhabit’s acoustics team provided acoustics consulting to the main contractor to provide studies into all acoustic aspect of the building. At the stage the team was engaged on the project the acoustic design was more design and build from a Scheme design than it was a completed design. Several of the elements were considered unnecessary following a considerable acoustic modelling process. Inhabit took all the information to the next level and provided the contractor with a highly detailed and systematic design and construct approach to the interior acoustics of the facility (reverberation control) and then provided mechanical services noise mitigation and additional wall / element transmission loss control aspects.