The Museum of the Future

With its distinctive form standing out against the towers of this city skyline, the Museum of the Future has been designed to celebrate human achievement and the innovation that guides humankind into the future. Designed by Killa Design, the building envelope is made up of stainless steel panels with lines of Arabic calligraphy representing three quotes on the future by HH Sheikh Mohammed bin Rashid Al Maktoum, vice president and prime minister of the UAE.

The building is a living museum with a multipurpose hall at its core, surrounded by further spaces including a lecture hall, innovation laboratories and permanent exhibition areas.

Inhabit’s Middle East façade consulting team provided façade consulting for the 220m long bridge which links the Dubai Metro station to the museum. There is a secondary Jet bridge linking the museum to Emirates Towers. The bridge façade is a unitised curtain wall with profiled aluminum fin elements and dynamic lights. The bridge has been cranked in plan to respond to the road below and to obtain views to the museum.

Inhabit’s Acoustics team provided Exhibition Acoustic design to the project fitout and were engaged under Atelier Bruckner Exhibitions, from Germany, via Buro Happold. 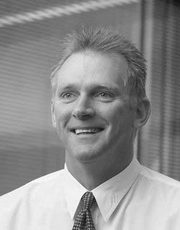 “This is possibly in the top three most exciting projects we have worked on in recent times. There were a lot of very complex acoustic issues to resolve in a space where full-height (acoustic) containing walls were not permitted due to the Exhibition Design being a ‘projected long term but still temporary’ installation into a building shell.

It is easy to underestimate the complexity of today’s exhibition designs – with a literal plethora of Audio Visual devices all aimed at stimulating the senses, whilst at the same time proving difficult to subdue from an operational systems noise perspective. And once that’s all done we still needed to control all of the open AC units that were needed to keep all these AV items cool, in order to maximise their lifespan and mitigate any risk of failures due to overheating.