Once the largest port in South-East Asia, Hoi An on the Central Vietnamese coast, dates back to the 4th century, reaching its peak between the 16th and 17th centuries. In 1985 it was classified by UNESCO as a National Cultural Heritage Site and subsequently named a Special National Cultural Heritage Site. The architecture of the ancient city is made up of historical buildings characterised by a heritage Vietnamese style alongside buildings in the French colonial style.

To preserve the integrity of the city’s architecture, new developments responding to the growing demand for tourism are being built outside the ancient city.

The US$4 billion Hoiana integrated resort is located on 945 hectares of beachfront land to the south of the old town. Showcasing a huge range of hotels and residences, two 18-hole golf courses, MICE facilities, commercial space, and high-end and outdoor retail, the integrated resort will be developed in seven phases over 13 years, with a target completion date of 2030. The project is a joint venture between Suncity, Chow Tai Fook and VinaCapital Group. 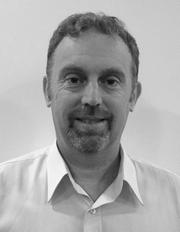